AarKel Tool & Die expands its Capacity in Canada and in Mexico. 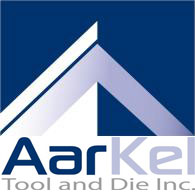 AarKel Tool & Die is pleased to announce its partnership with Platinum Tool Technologies.

Headquartered in Wallaceburg, Ontario, Canada, AarKel Tool & Die has agreed with Platinum Tool Technologies to acquire a majority stake in Platinum, which has facilities in Windsor, ON and in the Saltillo/Monterrey region of Mexico. AarKel Tool and Die currently operates (3) plants in Wallaceburg, ON and holds an exclusivity agreement with a design/engineering firm in China.

President of AarKel, Larry Delaey, said “this partnership now positions AarKel Tool & Die for added growth in the fast growing northern Mexico region, as well as additional capacity to support our current facilities”. Platinum Tool Technologies brings to AarKel a strong and dedicated work force, skilled in the building of injection tooling, extensive knowledge in automotive lighting, as well as a successfully developed facility in Mexico. Dan Moynahan, Randy Soulliere and Scott Dell will remain in their existing roles in Platinum Tool Technologies and Platinum Tool De Mexico, as well as maintaining minority shareholdings in these companies.

The 3 former majority owners are excited for the opportunities this partnership will bring to both their Canadian and Mexican facilities, stated Dan Moynahan. “Accelerated growth and capabilities to better meet existing and future customers’ needs along with the added ability to offer LCC pricing on various tooling is what many of our customers are demanding today!” The partnership will strengthen both companies with their collective expertise and skill sets.